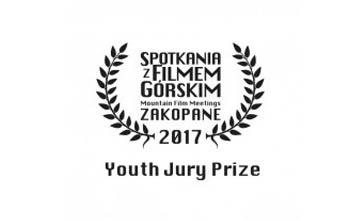 Their statement was the following: “We decided to award Pieter Van Ecke’s film, in which local customs are intertwined with the individual mission of cultivating the traditions. The film director, with each single shot, tells a new story – all of them ultimately create an extremely coherent and aesthetic picture of Samuel’s life. His loneliness and struggle with degradation of nature were shown through the images of a melting glacier, which had so far marked the course of Samuel’s family life.”

It is fantastic to obtain this recognition from a youth jury!