Born in Belgium in 1975, Pieter Van Eecke has studied Philosophy (Ghent State University) and Sculpture (Sint-Lucas Brussels). He worked and lived in South America and became a filmmaker. His last documentary about the earthquake in Haiti, the internationally acclaimed Goudougoudou (co-directed with Fabrizio Scapin) was broadcast on television (TV5monde, RTBF, TG4) and was featured at various international film festivals.

Hanne Phlypo has years of experience as a location hunter, production manager and assistant-director for several movies in Belgium and abroad. Her experience on set and with the production process enables her to have a comprehensive vision of producing and directing an audiovisual work.

With Clin d’oeil she develops her own projects, while producing movies she believes in, movies that are part of a humanistic tradition and show an unbiased openness to the world. 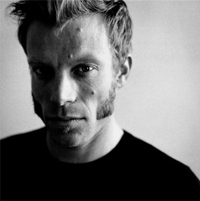 Johan Legraie (1979) studied Cinematography at the INSAS Film School in Brussels. He has been working as DOP on numerous creative documentaries in Belgium and abroad (among others Hotel Machine that will be screened at the next Cinéma du Réel festival in Paris, Death Metal Angola, Grand Prize Best Documentary Rhode Island International Film Festival 2013, Au delà de l’Ararat, winner of Best Feature-Lenght Film – Signis Awards Cinemigrante at the CineMigrante International Film Festival 2013, Argentina).

Johan has also been working as a photographer for more than 18 years, with regular exhibitions of his work.

Johan has successfully collaborated with Clin d’oeil films as a cinematographer on the feature documentaries Silent stories and The art of becoming and additionally became a partner of Clin d’oeil films in offering camera and sound equipment for documentary shoots. 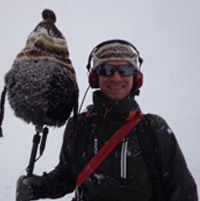 Félix Blume (Narbonne, France, 1984) is a sound artist, sound engineer and sound investigator. He graduated from INSAS Film School in Belgium and obtained an Audiovisual Technician Brevet in France. He currently works and lives in Mexico, France and Belgium collaborating with different directors and visual artists as Francis Alÿs.

His work focuses on sound recording, sound design for documentaries, feature films and video art. His sound pieces are based on field recordings using sound as a basic material with very little treatment. Félix blurs the line between sounds and music by changing noise in sounds that eventually sheds a new light on the perception of the surrounding sounds. As a sound collector, he has a large sound library recorded from different parts of the world that he freely shares on the internet.

The particularity of his work is that the audio and visual aspect are closely intertwined. He has made a series of short videos about sound. His pieces were broadcast, not only in galleries as video installations, but also by radio stations from all over the world, among others Arte Radio (FR), Kunst Radio (AT), Phaune Radio (FR ABC Radio (AU), Radio Panik (BE), Radio Grenouille (FR), as well as in different spaces such as ‘Festival Monophonic’ (Brussels), the ‘Instants Chavirés’ (Paris) and ‘Labor 19’ gallery (Berlin). His last work Los Gritos de México was granted the Pierre Schaeffer prize in the French festival Phonurgia (Paris) and received an honorific mention in the Bienal de Radio in Mexico City. 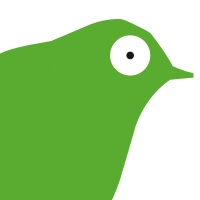 Octavio has been collaborating with Ultima Vez and Wim Vandekeybus for several years and he also regularly collaborates with Francis Alys and Michael Nyman. As a director, he has made several videos in Belgium, Spain, Brasil, Uruguay, Argentina and Mexico. He has edited various documentaries in Europe, U.S.A and Latin America (State of dogs, Miradas múltiples, Un Buñuel Mexicano, etc). 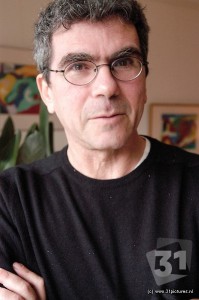 Danniel Danniel was born in Haifa in the very early fifties. After the normal youth of kindergarden, school, army and being a hippy and after some unfinished studies of philosophy, mathematics, biology etc., he ended up studying art and film in the “Free Academy” in Den Haag and in 1981 he graduated the Film and TV Academy in Amsterdam as a scenario writer/director/editor. Since then he was writing, directing and editing many different films. His first feature film “Egg”, edited by Menno Boerema, was selected to numerous festivals and has received many international awards, and the later films he had directed were too very well received. A recent documentary film he has co-directed with Juliano Mer Khamis, “Arna’s Chidren” , has won prices in Tribeca, Hotdocs, Nyon, Prague and many other festivals. As an editor Danniel has been working since 1981 with different directors such as Heddy Honigmann,(a.o. Metal and Melancholy, Forever, El Olvido) Johan van de Keuken (Sarajevo), joe de Putter (The making of a New Empire), Jessica Gorter (900 Days) and others. Films he edited had won international prices and were showing in many different countries.Every once in a while Danniel gives workshops in different art schools, universities, film schools or occasional events. 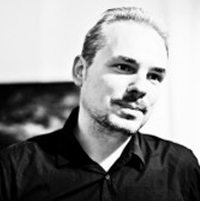 Sound designer and mixer Senjan Jansen’s work has been internationally recognized with the Grand Prix De La Meilleure Musique Originale for the feature film Kid, directed by Fien Troch and in 2011 the Georges Delerue Award for Best Music & Sound Design for the film The invader, directed by Nicolas Provost. Senjan and Clin d’oeil films have previously collaborated on A family affair and Between Sisters, two feature documentaries. 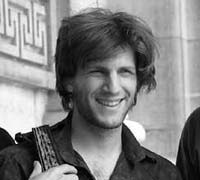 Belgian, of Jordanian – Yougoslav origins, Karim Baggili, born in 1976 is a composer and self-taught guitarist and oud player. He started with the electric guitar at the age of 16. When 20, he began to work with the different flamenco guitar techniques and acquired an Arab lute (oud) during a trip to Jordan.

He appears regularly in Belgium and also abroad. Additionally he works on numerous projects as a composer or arranger for albums, documentaries and short films. He is currently touring in Belgium and abroad to introduce this new program, either with his Arabic Band or solo with his video screen Solo Screen.

Clin d’oeil films is a Belgian audiovisual company run by Antoine Vermeesch and Hanne Phlypo. The company focuses on creative documentary and author driven film with a clear preference for engaging cinema from creative and innovative filmmakers. With a wealth of experience in filmmaking and post-production, Antoine and Hanne work closely together with the filmmakers, giving them every possible support during the creative process.

In 2010, the company produced Silent stories directed by Hanne Phlypo and Catherine Vuylsteke, followed by Houses with small windows, a short fiction film directed by Bülent Öztürk (selected for the prestigious Orizzonti section of the Venice Film Festival and nominated for the European Film Awards) as well as The art of becoming (a documentary by Hanne Phlypo and Catherine Vuysteke, nominated for the Ensors and awarded by Festival des Libertés). In 2014 Waiting for August by Teodora Ana Mihai was released, which was awarded many times (Best International Feature Documentary at Hot Docs 2014, Nomination Best European Film Award in the category documentary, etc) as well as the doc series Fanaticos by Damien Chemin (in coproduction with the RTBF). Between sisters, a documentary by Manu Gerosa (in coproduction with One World Documakers) premiered at the 56th Festival dei Popoli of Florence and not only was Tom Fassaert’s documentary A family affair (coproduced by Clin d’oeil films) the opening film of IDFA 2015, the film also received the IDFA Special Jury Award for Dutch Documentary. Several projects are currently in development: Sunnyside by Frederik Carbon, Fields of hope by Olivier Magis, Kastom Kopiraet by An Van Dienderen, Traces d’un village by Nicolas Graux and La vie est un jeu de cartes by Philippe de Pierpont.

BALDR Film (January 2012) is the production company of Frank Hoeve and Katja Draaijer. For years they had a successful collaboration at established production company IJswater Films, where they produced productions as: Skin by Hanro Smitsman (Emmy Nomination), Win-Win by Jaap van Heusden (IFFR 2010), May 22nd by Koen Mortier (TIFF 2010, IFFR 2011), Contact by Hanro Smitsman (Winner Golden Bear), Bridging the Gap by Corine van Egeraat (IDFA 2010).
They decided to join forces in order to make films that represent their own personal view.

With BALDR Film, they focus on developing and producing features and documentaries of a select number of filmmakers with a distinctive personal signature. In this, they offer a lot of support in matters of content, whereby the form and originality of the production comes first. They aspire to make BALDR Film develop into a company that produces innovative projects for an international market, where emerging, talented filmmakers feel at home.

After establishing they produced the short film Sevilla by director Bram Schouw and screenwriter Marcel roijaards, which won the Dutch Academy Award.
Their latest credit was the well acclaimed and IDFA-nominated documentary Those who feel the fire burning by Morgan Knibbe, which won the Dutch Academy Award for Best Feature Length Documentary. It was also the official Dutch entry for the Oscars 2016.

A Private View first drew attention with two children’s films: fantasy feature The ball (1999), which opened the Berlin Kinderfilmfest in 1999, and Science fiction (2002), both directed by Dany Deprez. The company also produced several Belgian box office hits, including dramatic comedies such as Long weekend (2005) by Hans Herbots, A perfect match (2007) by Miel van Hoogenbemt, The over the hill band (2009) by Geoffrey Enthoven, Brasserie Romantiek  (2012) by Joël Vanhoebrouck and Marry me (2015) by Kadir Balci. Their short films Na wewe (2010) by Ivan Goldschmidt and Bad hunter (2014) by Sahim Omar Kalifa were nominated for an Academy Award.

Currently A Private View just produced their first television series (10 episodes) Amigos written by Jean-Claude van Rijckeghem and Pierre De Clercq and directed by Kadir Balci and Hendrik Moonen. It was selected for the 2016 FIPA television festival in Biarritz. Their most recent feature film Vincent and the end of the world by Christophe Van Rompaey, a co-production with France, is ready for release. Sahim Omar Kalifa’s first feature project Zagros is currently in pre-production.

Tv cut down and editing trailer
Per K. Kirkegard